This is the second series describing the ADD: a radically more productive development and delivery environment. The first article is here: Intro and described the truth and lies about developing software. The second article dealt with ‘Testing’.

The primary stack I believe is a “Best Practice” is Grails. It is in it’s third full generation, and with each generation it gets better, easier, more powerful, and more ‘aligned’. This last part is not that common with frameworks. A lot of people start writing a framework and it does more and more. With more and more code. The Grails team has been great at ‘pruning’ and ‘aligning’ with Spring and other frameworks.

Using Spring alone is certainly a reasonable practice. The problem is people tend to use Spring wrong. I don’t know why. Either they don’t read the tutorials… or they get confused and a deadline is approaching… or they are cowboys (or cowgirls) that wander off into new territory of abuse to the tools that are in front of them. I used Grails at a company that committed to Spring. So I simply switched to Spring and my code was simple, functional, well-tested, and clean. But the rest of the code base was a complete mess. So there is nothing wrong with Spring but it is harder to use properly than Grails. Spring Boot is trying to help with that. Grails is just better.

Grails is ‘opinionated’ and ‘functional’ and has plenty of examples to show you these opinions and capabilities. We can see a lot of it in the ‘petclinic’ example.

Grails uses Gradle to build the project. It used to have it’s own system, but it pruned that away when Gradle became stable and capable. Gradle won a war against other build systems so Grails honored the winner. 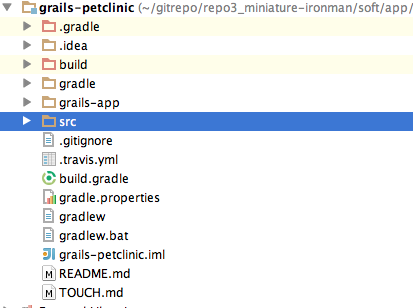 Spring Boot (http://projects.spring.io/spring-boot/) is a relatively recent effort to ‘default’ a lot of the flexibility within Spring. So Grails is now leveraging that effort. Developing with Grails vs. Spring is becoming just a ‘small’ step up conceptually so it should be easier for people to ‘level up’ and also ‘wander down’ depending on the needs of the project. 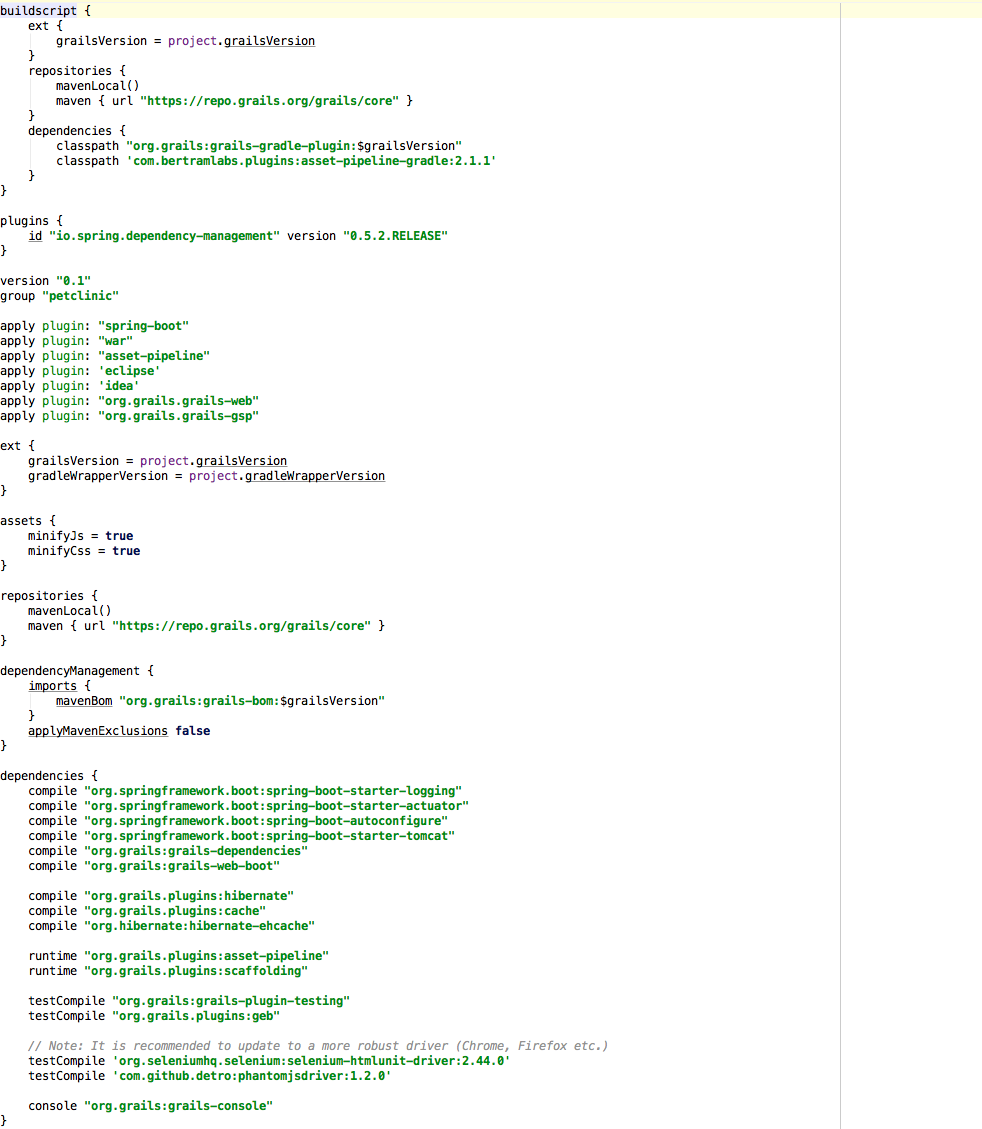 Align with Hibernate, but allow others (include NoSQL)

Grails has always used Hibernate as the primary database mapping system but it is actually capable of mapping through GORM to other systems. Some capabilities go away but basic schema and query capability (CRUD) is always there. And depending on the product, some higher level query capabilities may also be present.

As mentioned before: ‘geb’ and ‘spock’ are the default testing frameworks included, along with the default phantomjsdriver and selenium-htmlunit-driver (headless). This is out-of-the-box, and other testing frameworks could be used instead or in addition, but there would have to be a compelling reason for it.

Asset management is a big deal for performant websites. Although the internet is pretty quick, the behavior of mobile devices is a bit different from (and back a few years from) desktops. Grails has its own asset pipeline system that leverages the well-defined layout of a Grails project.

Grails integrates with IDEA and Eclipse, which are the best (IMO) and most-pervasive (I believe) IDEs for Java development.

Grails has a very simple and powerful plugin system that adds lots of great capabilities. With the move to 3.x some plugins may not yet be ready, but every month several more should be migrated.

For the petclinic this layout looks like this when expanded:

Logging is one of the easiest things to swap out, but Grails defaults to the relatively modern ‘logback’ http://logback.qos.ch framework. 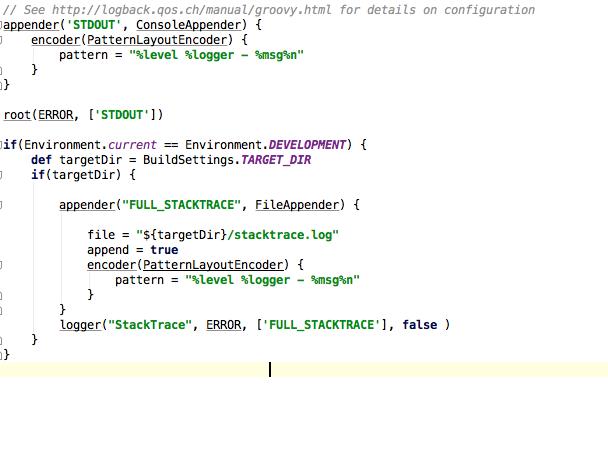 One of the horrors of moving from Smalltalk to Java was about 4-8x the number of words were required to accomplish the same task. Writing more is painful. Painful to write. Painful to read. Painful to edit.

With Groovy and Grails, the power of meaning actually leap-frogged both Smalltalk and (amazingly) LISP. Or at least LISP without a really powerful set of macros.

As an example, the ‘PetController’ is the main UI functionality of the ‘petclinic’. But it has only 53 lines, a third of them are blank. And a total of 150 ‘words’.

It’s functionality is not amazing. But most things people need to do on the web are not amazing. They are basically CRUD (Create, Read, Update, Delete). Include dealing with all kinds of media (documents, images, videos, etc.) and 99%+ of the web is just doing CRUD. 90%+ is just Read.

A lot of things are happening with this controller. The simple statement

gets automatically wired to PetclinicService in the services folder.

causes the view ‘pet/add.gsp’ to render with that ‘pet’ and ‘types’ property set. So the HTML can also be quite terse:

Grails can control the client with redirects or delegate to other controllers behind the scenes.

The PetclinicService is transactional so it can save objects within an automatic transaction. But this is optional and can be controlled.

A modern tendency is to have domain classes mostly represent the data side of the Domain object and pull the higher level logic out into other classes. Although I dislike this (why have two classes), it does work better with automatic schema generation and migration. You are less likely to have to restart the container and make the system check for data migration issues.

There is much more functionality to Grails than described above, but that is a good, quick, walk-through. There are also certain conventions I believe are best practices on top of the Grails framework (e.g. ‘RepoService’ classes for Domain objects so functionality is easily and consistently located), but again that is an augmentation vs. being a requirement to getting a good picture of the system.

Next I will go into the UI portion and options for that.